A few weeks ago, I walked down a sunset-lit Caribbean beach a couple hundred yards to find the perfect seashell to bring home. I was in Neply—a rural Haitian village—on my fourth visit to Haiti with Life.Church global missions partner New Missions. Dozens of people from the nearby village gathered at the beach that evening to bathe in a small stream flowing into the ocean, enjoy in the sunset, and tend to their fishing nets. I’m trying to learn to speak French—sort of like Haitian Creole—so I greeted everyone I passed with my best “bonsoir.”

An eager-to-converse young man stopped me and said, “My name is Ewan Who are you?” Somehow we muddled through a few minutes of conversation, sort of laughing at each other’s feeble attempt to speak a non-native language. Suddenly, Ewan’s expression became serious when he asked, “What do you think of Haiti?”

“It’s a beautiful country, and everyone is so friendly,” I responded. 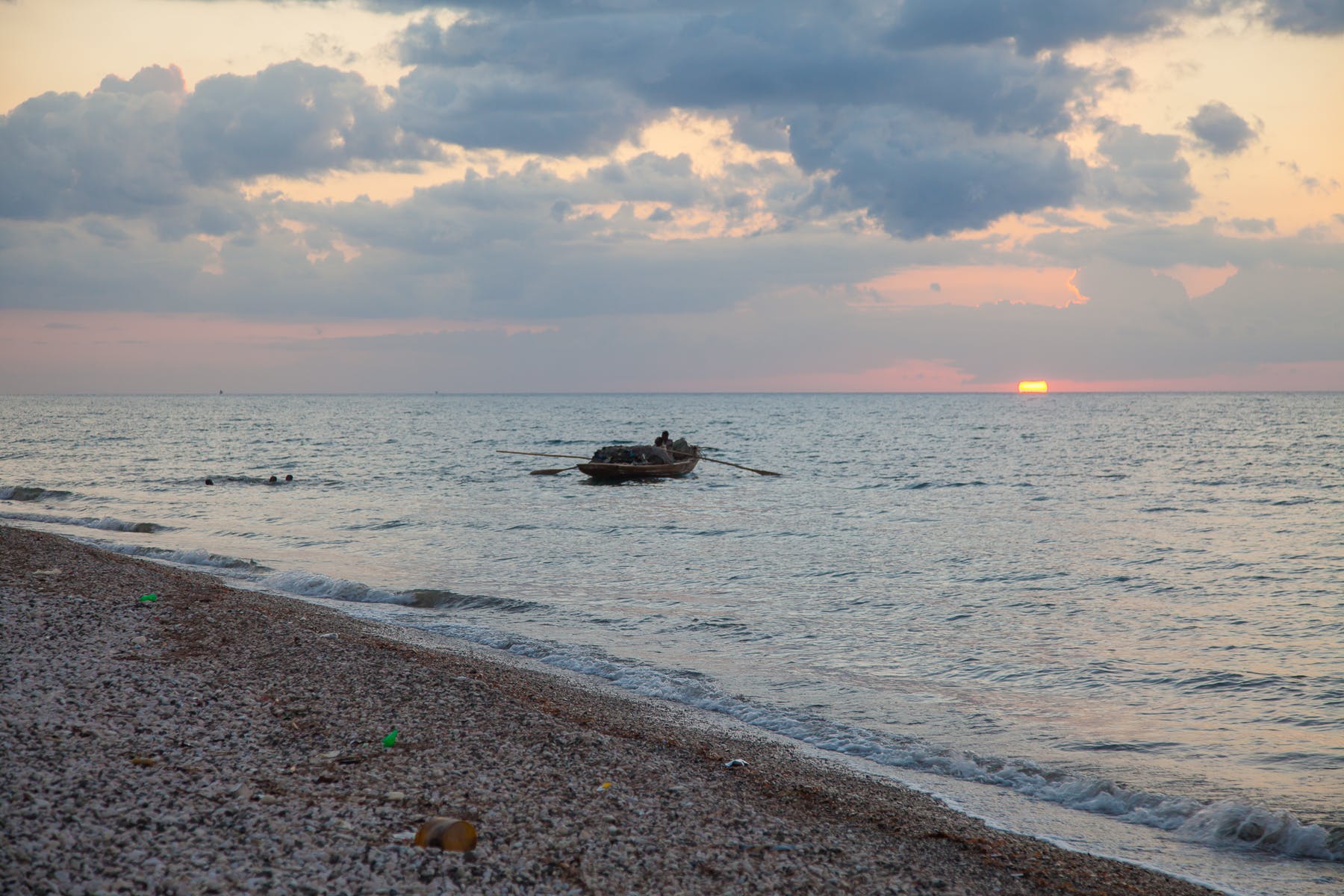 Haitian fisherman complete a day of fishing during sunset on a beach in Neply, Haiti.

Haitian fisherman complete a day of fishing during sunset on a beach in Neply, Haiti.

At that, Ewan straightened up, looked directly into my eyes, and firmly said, “Please excuse my language, but F#@& this country!”

“Why would you say that?” I asked, looking caught off guard. Then, a dam of emotions—which I suspect are often stirring below the surface in Ewan—broke wide open as he spewed his story.

Ewan pulled a technical institute diploma from his wallet and handed it to me. “In case you think I sit on the beach all day,” he said, “this shows I’m a smart man.” Despite a computer science degree, he hasn’t found employment in years.

Dang, I was just looking for a seashell and practicing French. No one should have to feel this way, yet with an unemployment rate of 60%, there are millions of Haitians who carry Ewan’s anguish. 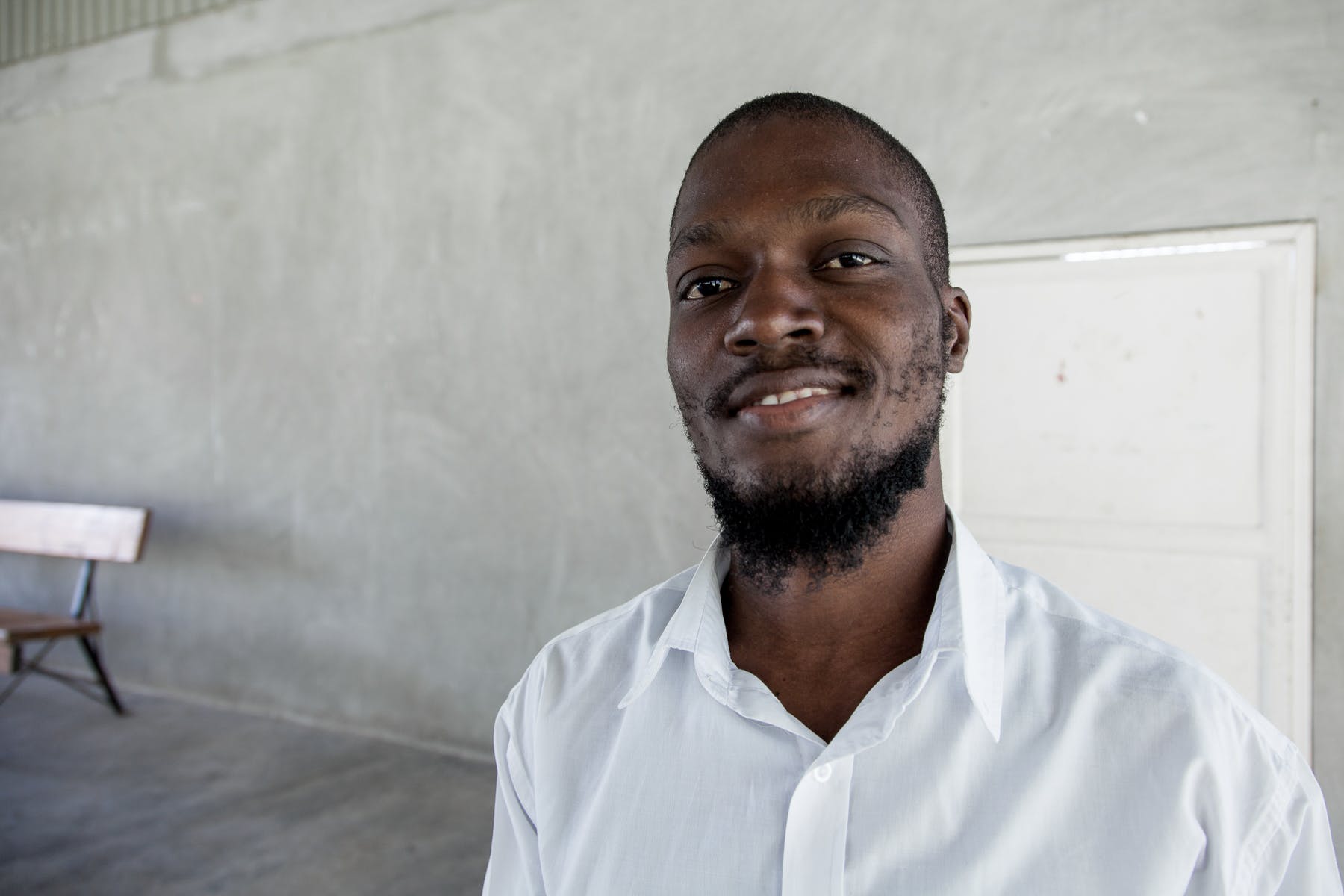 Now let me tell you about Jules. I met him just a few hours earlier when our group attended a New Missions 10-year high school reunion. Of the 20 in the graduating class, 12 were able to attend. Now in their late-twenties, the energy was pulsing as they exchanged hugs and updates about their lives and careers. Of the 12, 10 were either employed or enrolled in higher education.

As the group settled, Jules–one of the grads–stood to speak. Also from a rural Haitian village, Jules worked all the way through school then studied at a university in Port Au Prince. But that is where the similarity in Jules’ and Ewan’s stories end. Today, Jules is a very successful architect with a bright outlook on Haiti. 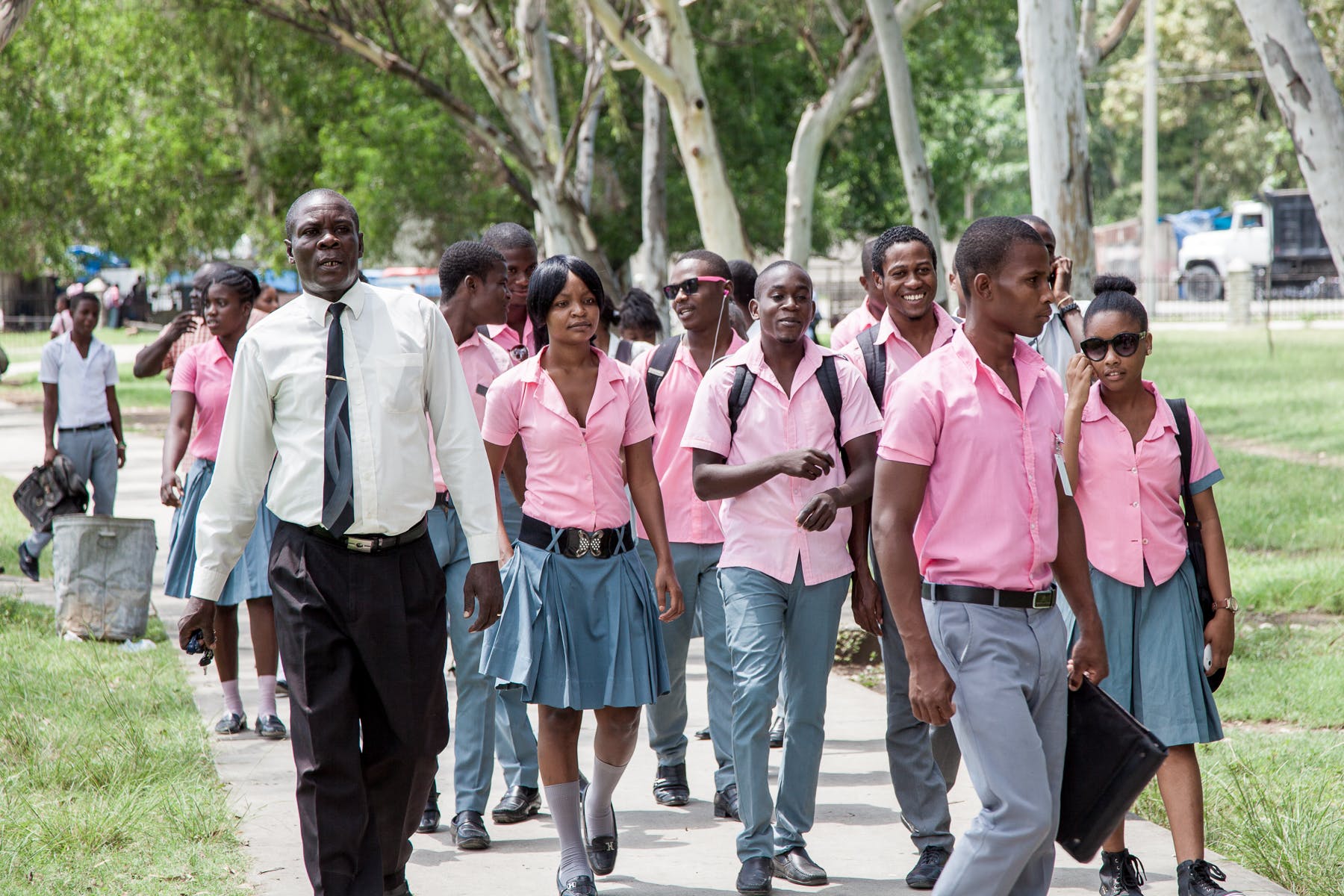 More than 1,500 students are enrolled in this New Missions high school.

Jules is filled with gratitude and hope. This young man walks, talks, and thinks with swagger. Not the cocky and arrogant kind, but the kind that stems from a sense of confidence and purpose. At one point, Jules said to the group, “There is a future president of Haiti sitting among us!” I honestly wouldn’t be surprised if Jules is Haiti’s president in a couple of decades.

“There is a future president of Haiti sitting among us!” – Jules 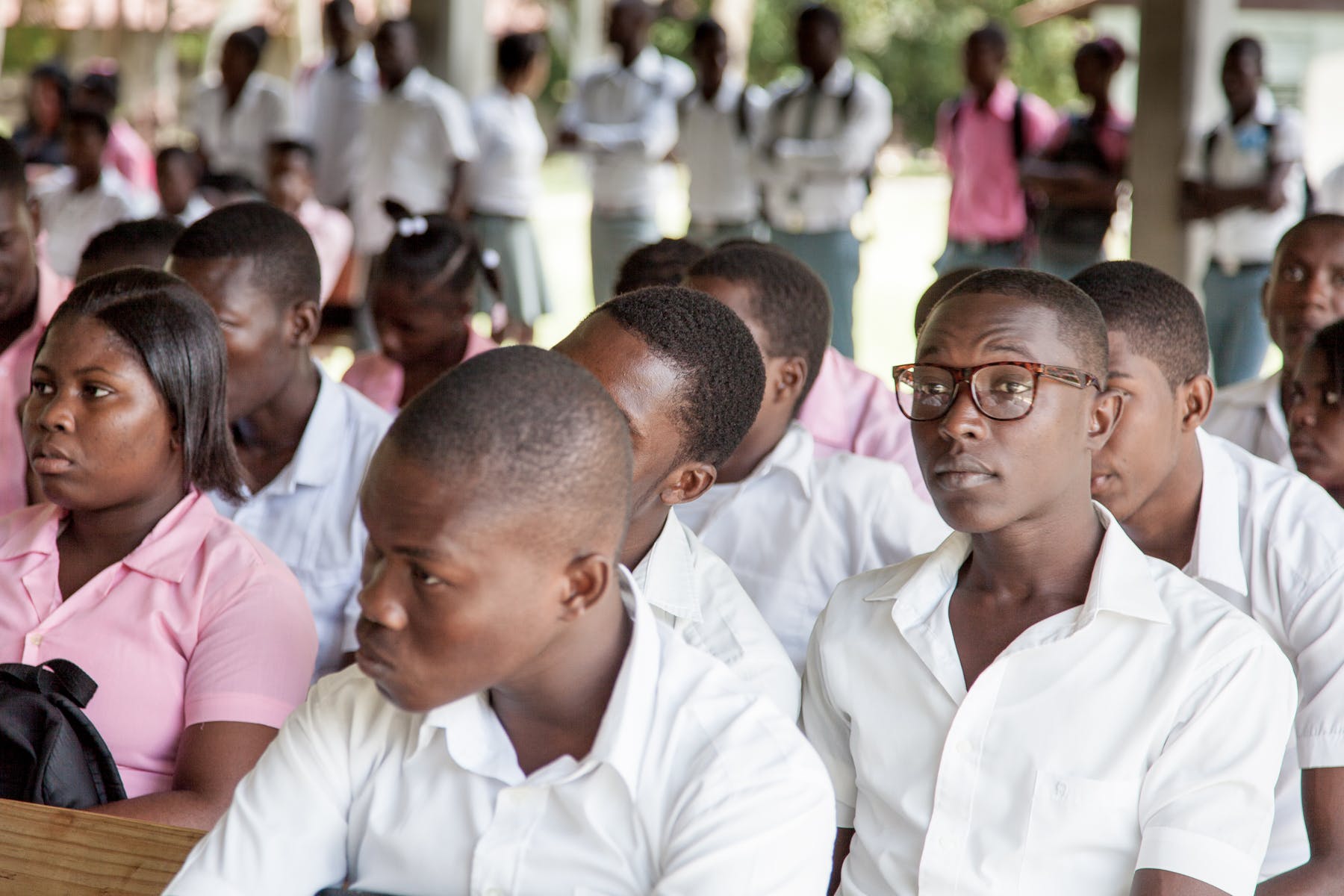 I can’t know for certain why Jules’ and Ewan’s circumstances look so different. However, after four years of meeting the Haitian teachers and pastors at New Missions schools and churches, I suspect that the long-term, trust-filled relationships Jules experienced are a huge factor. Whether it’s in a Haitian high school or in your LifeGroup, this one thing is true: relationships drive change.

The teachers and pastors at New Missions schools and churches are raising up a generation that will lead their country instead of cursing it. The effort you put forth through honest conversations to foster trust and deepen relationships in your LifeGroup is no different. You are shaping people who will not break down, but instead build up their families, workplaces, and communities. 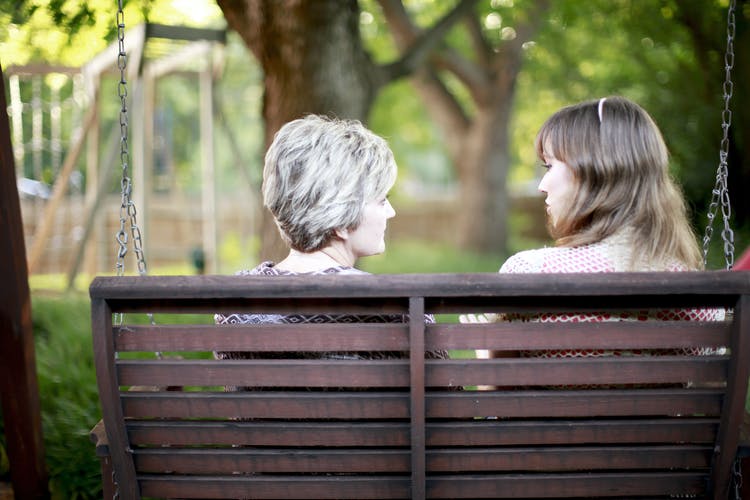 7 Ways to Listen Even Better 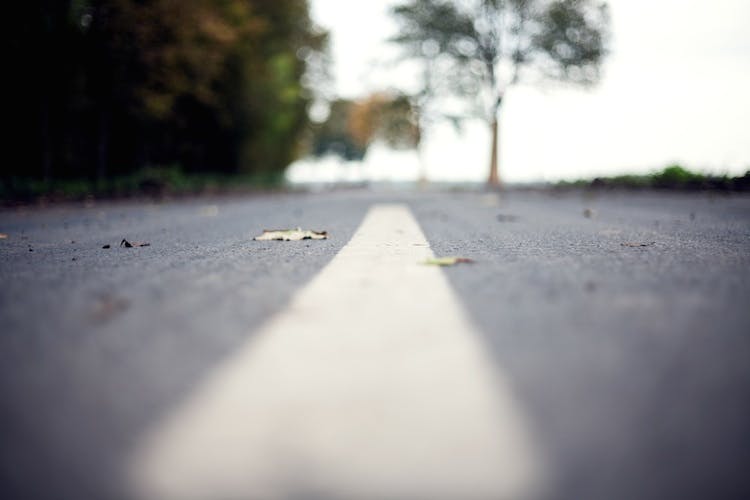 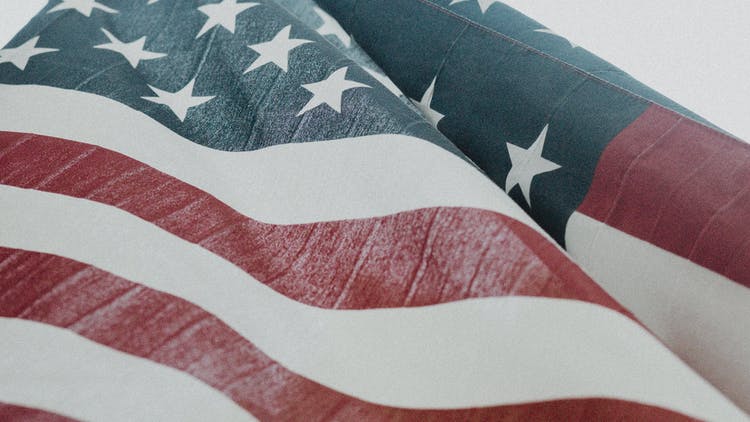 When Conversations Turn Political, Do This, but Not This